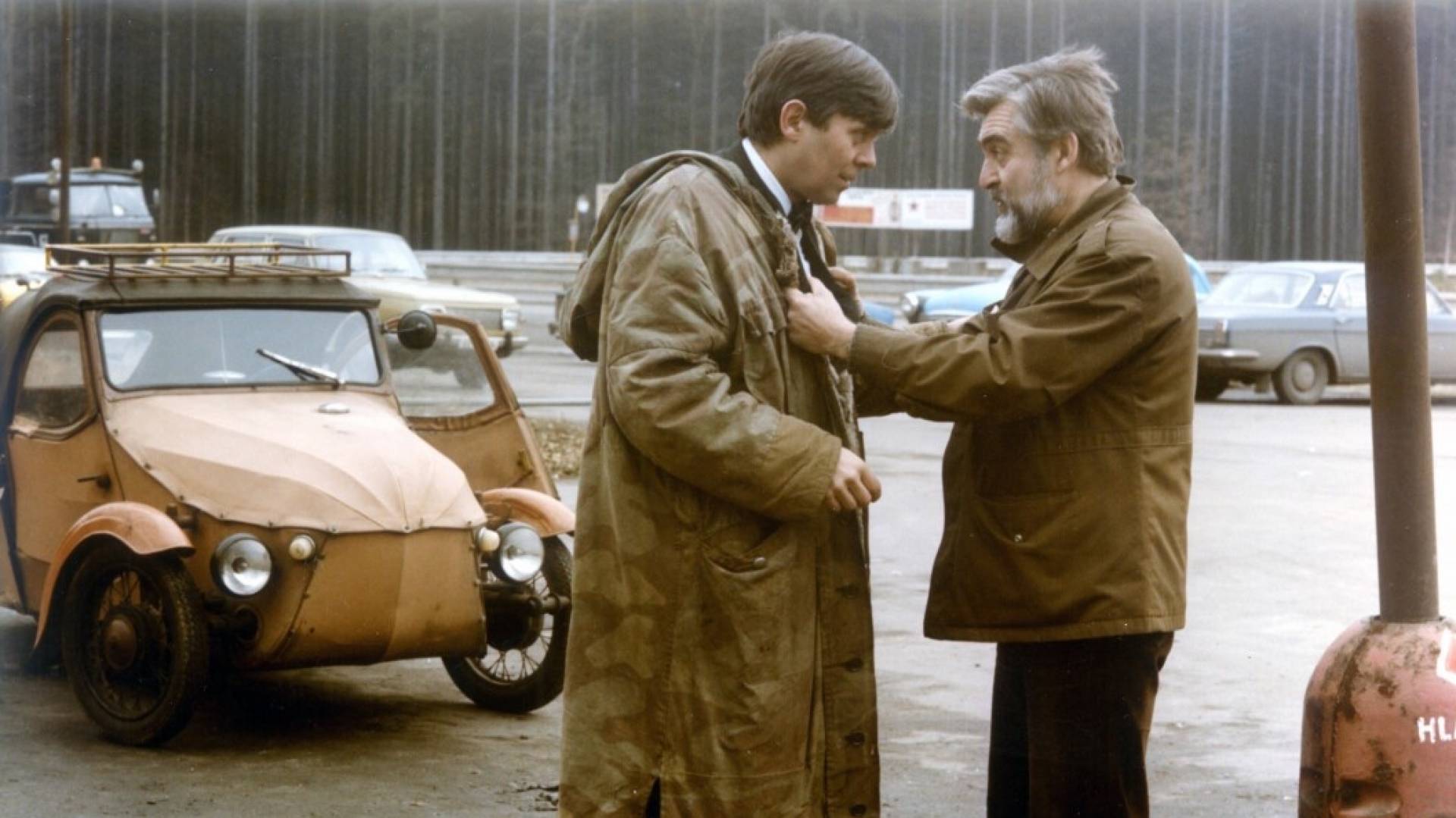 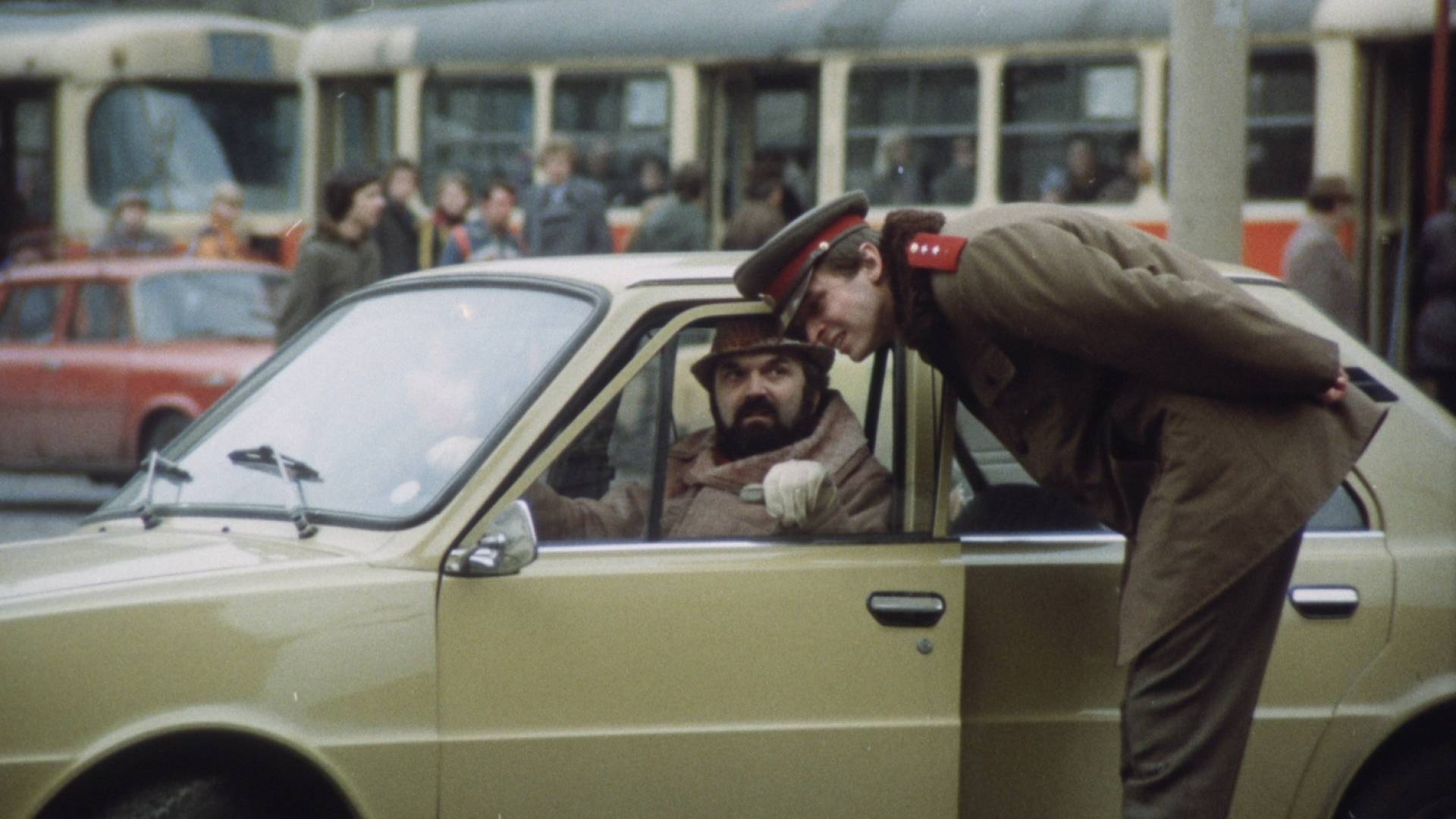 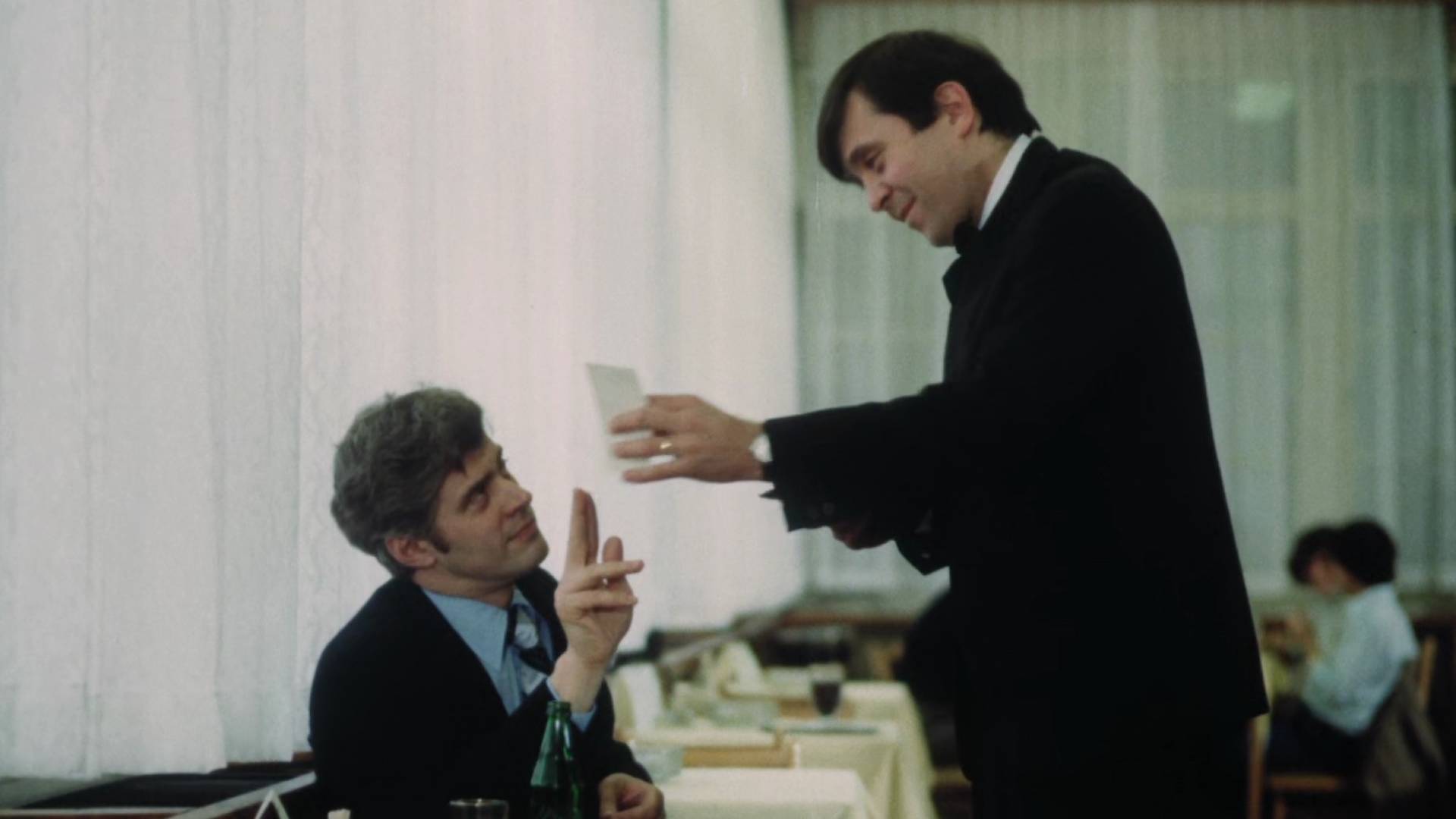 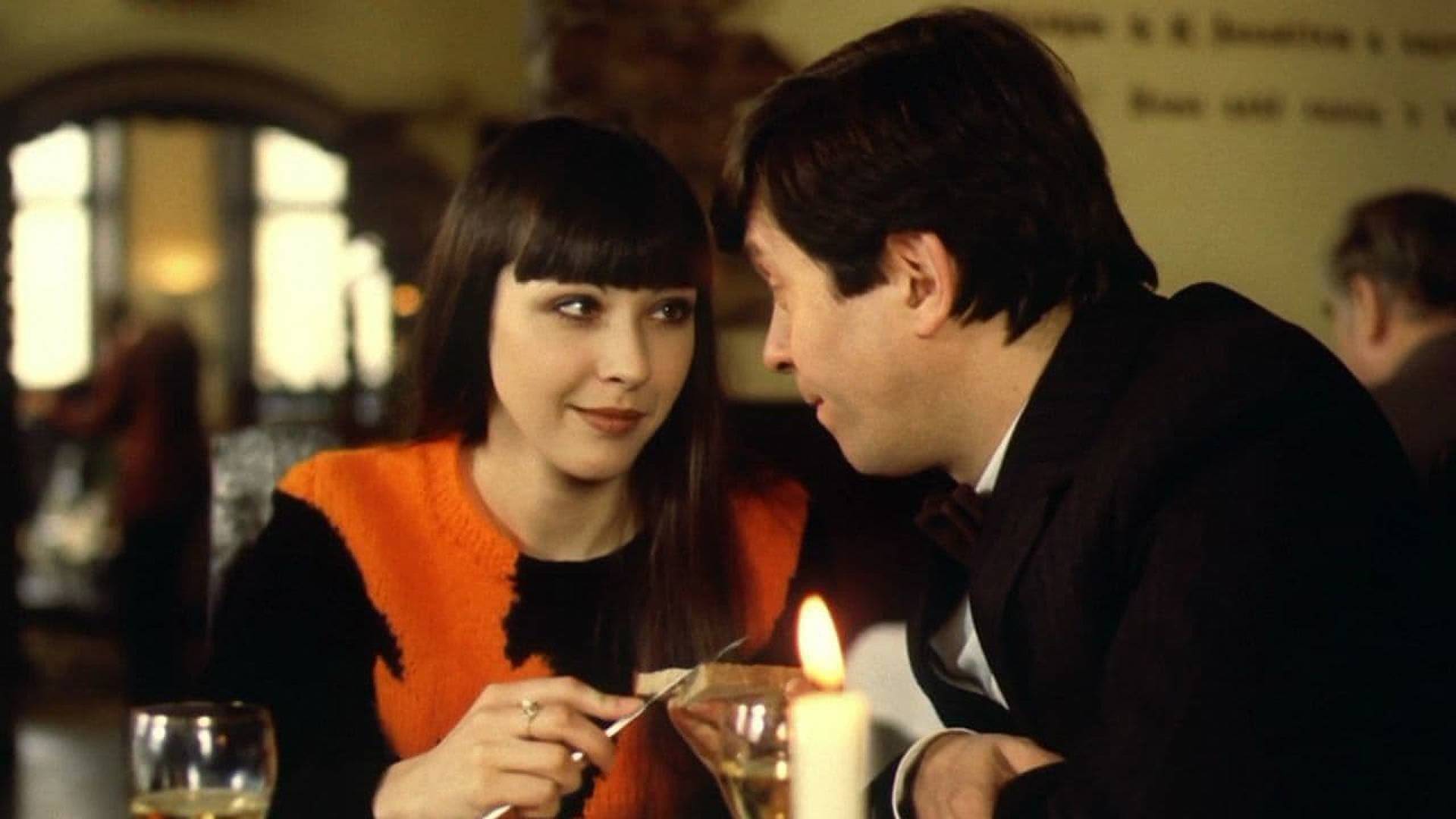 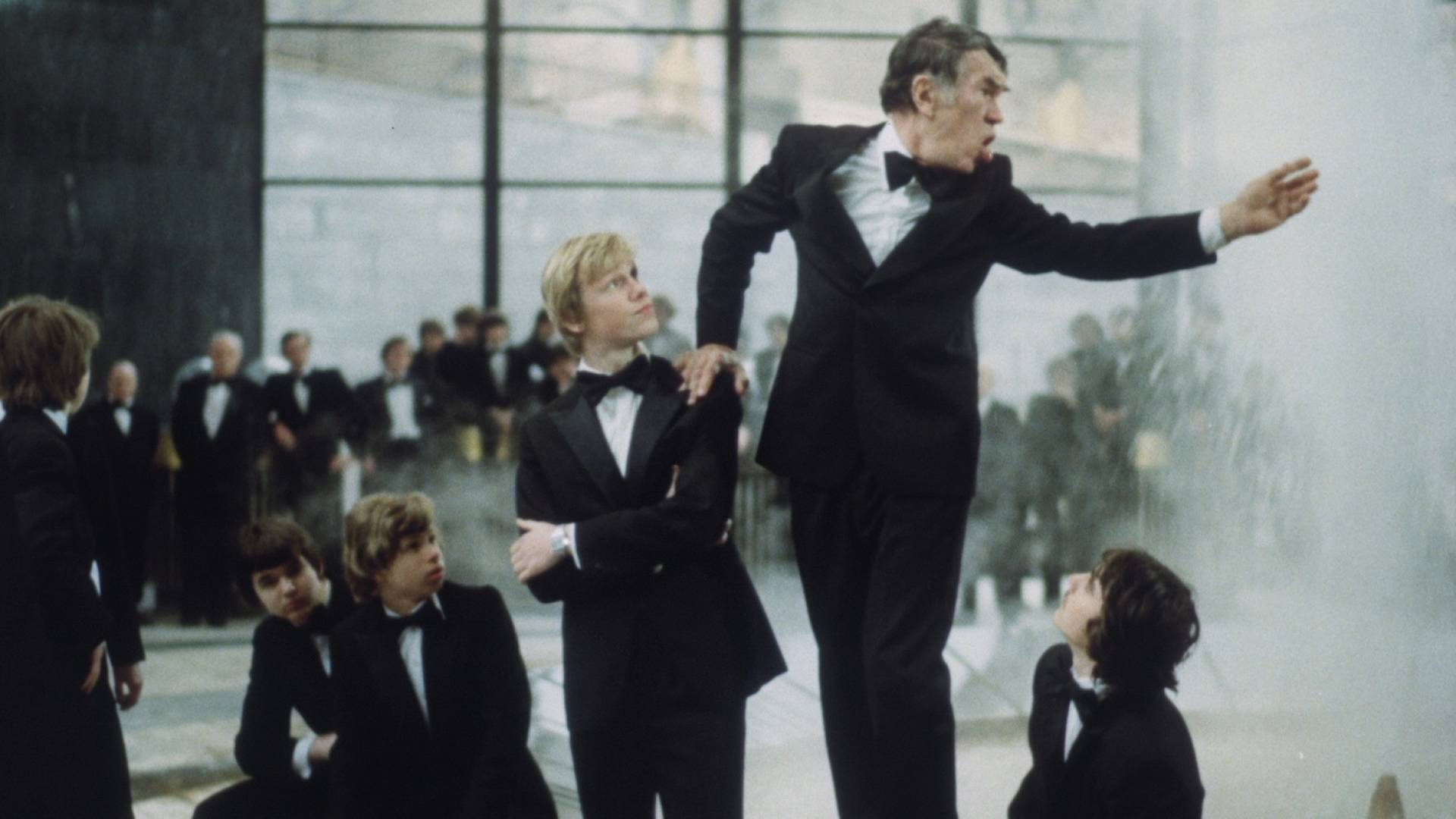 Based on a script by his artistic comrade in arms Zdeňek Svěrák, Ladislav Smoljak shot this legendary comedy about Vrána, a resourceful bookseller and opportunistic thi­ef.

"Can you really pack so many gags and great ideas into one film?” asks one of the many rhapsodic reviews of Waiter, Scarper! The films of creative duo Ladislav Smoljak and Zdeněk Svěrák have always come up with the goods. And their efforts are rewarded: when any group of friends gets together, there’ll always be a point when everyone’s com­peting to see who can recall the funniest episodes. In this case, protagonist Dalibor Vrána’s dreadful violin scraping in the posh restaurant, his increasingly daring scams and wild erotic fantasies, and his obtuse neighbour Pařízek’s fixation with his yellow Škoda… Except that he was also a talented student who never got very far, and he’s justified in thinking that it wasn’t only his fault. Life must have pulled a fast one on him; so he just took back what was rightfully his. Opportunity turns him into a petty thief, but who wouldn’t want to tweak his own destiny to improve his situation a little? Alongside smart humour there’s also enough room in this tragicomedy for a bit of despondency over a resourceful fraudster who’s much more likely to win our affection than rouse our indignation.