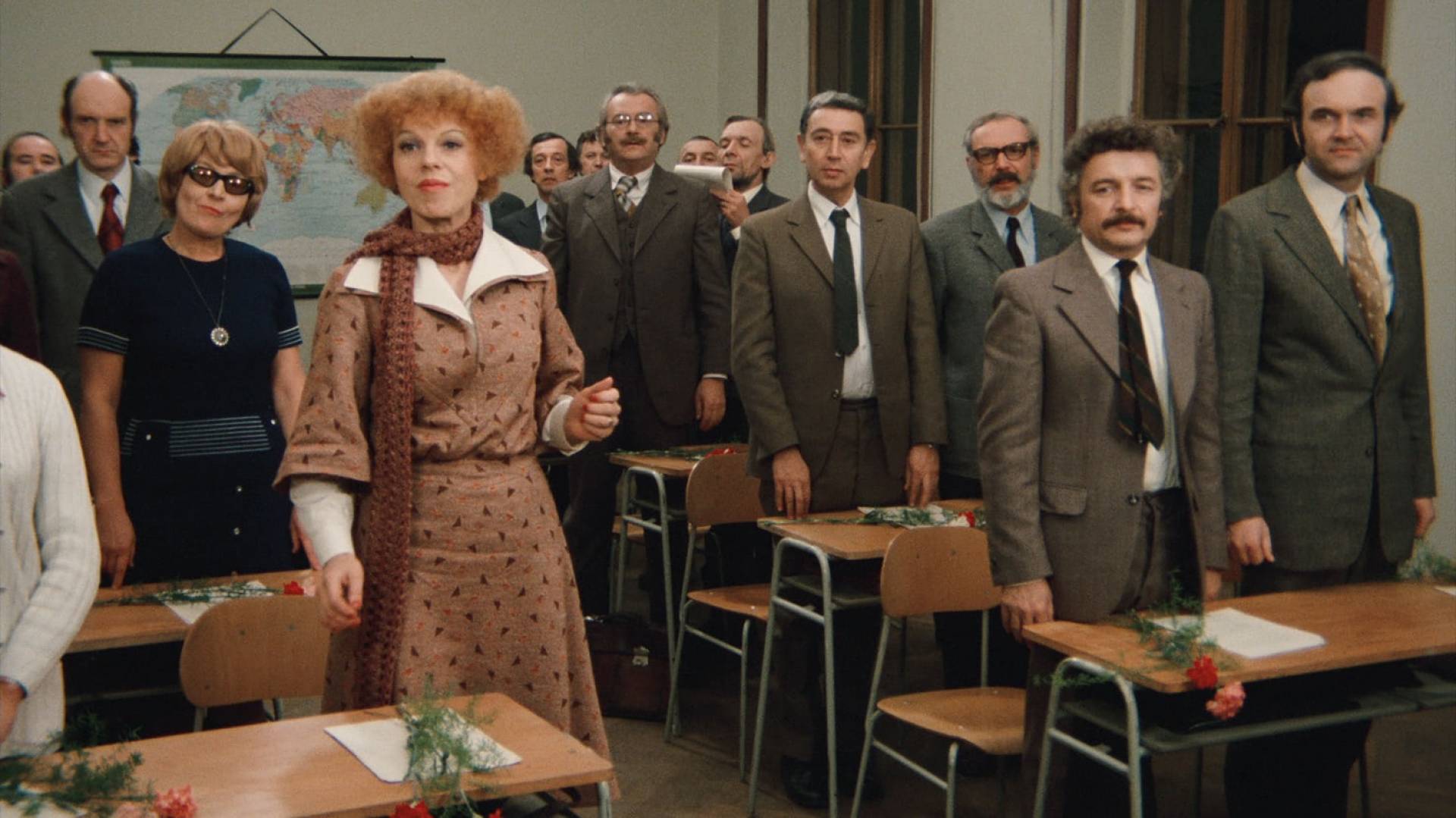 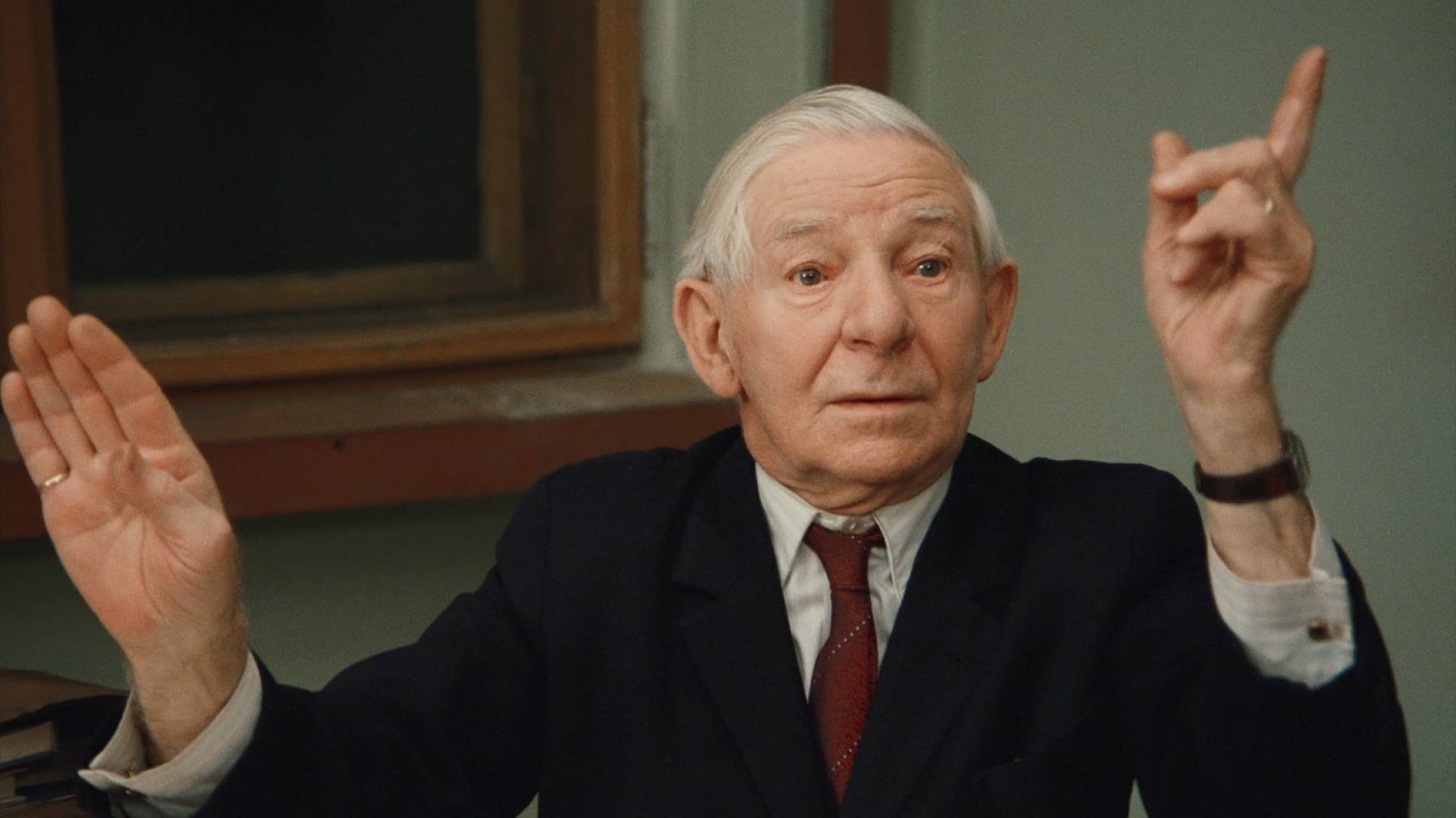 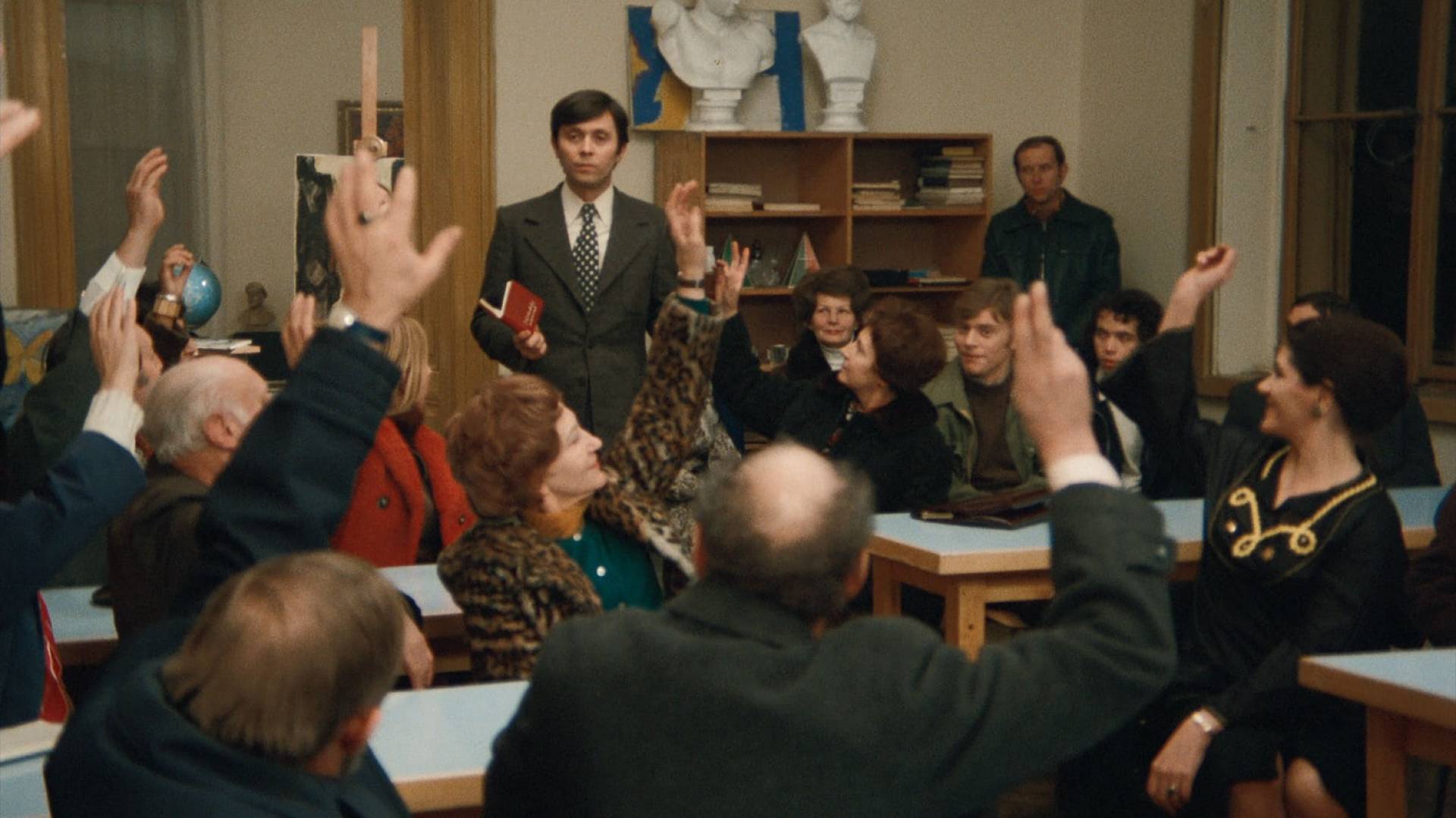 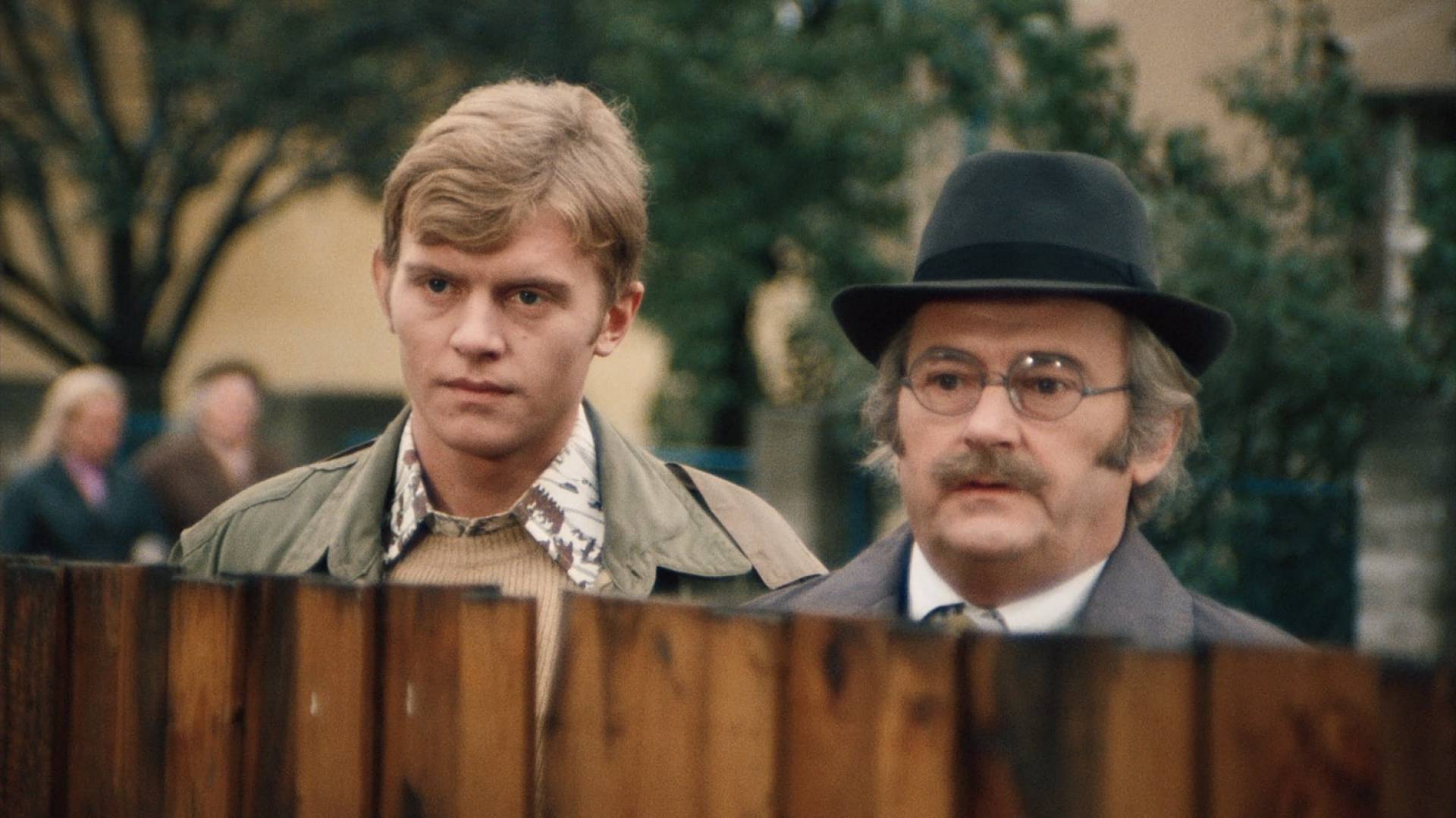 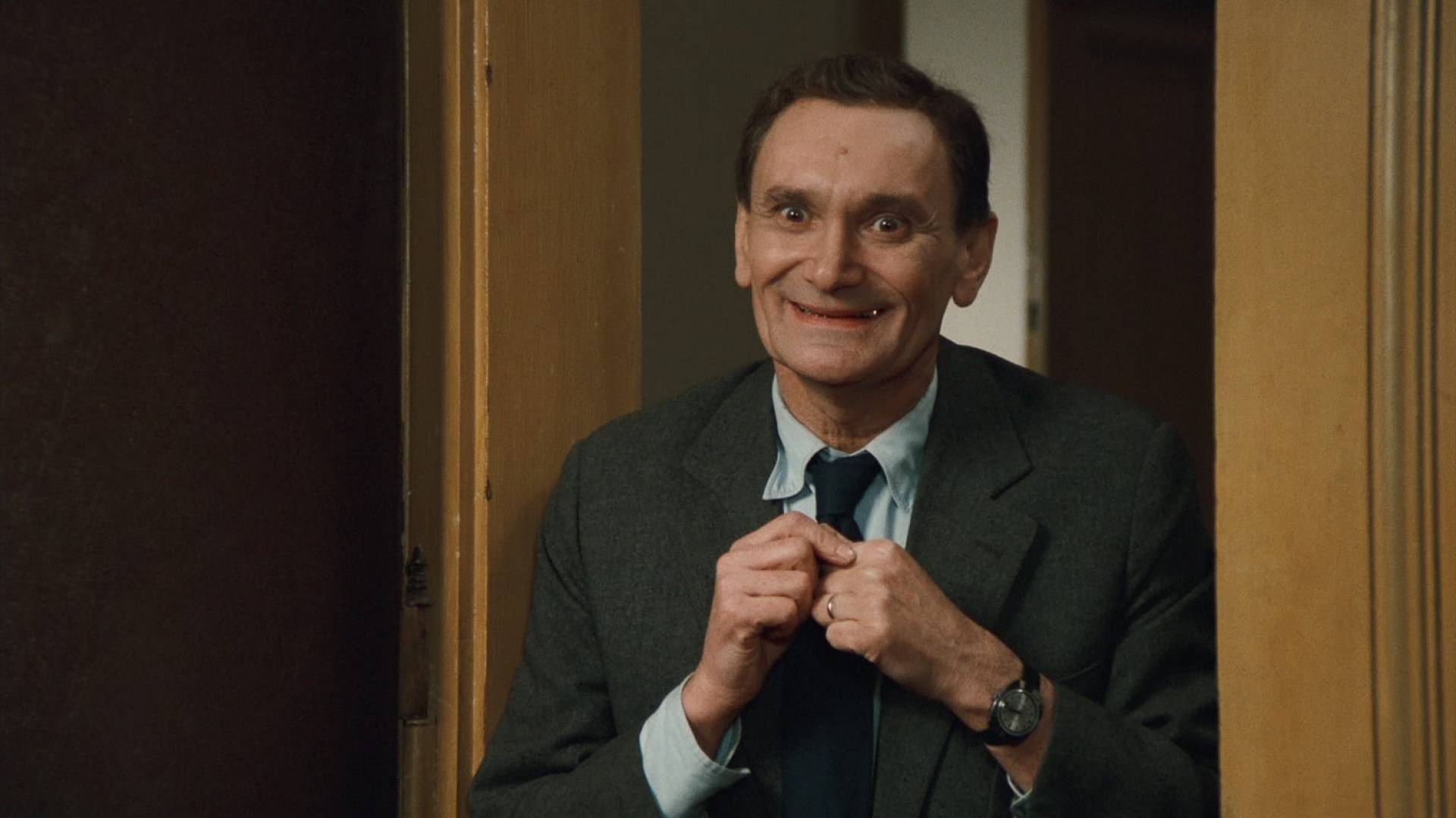 “Mareček, Please Pass Me a Pen!”

After Jáchyme, hoď ho do stroje! (Joachim, Put Him into the Machine!) Zdeněk Svěrák and Ladislav Smoljak confirmed that their distinctive humour was the perfect match for the precise, playful approach of director Oldřich Lipský.

As part of moves to boost the qualifications of the working professions, Jiří Kroupa, an aging foreman at an agricultural machinery factory, has to finish technical school. He thus unwillingly spends his evenings at the same desk where his teenage son sits during the day. His distaste for learning, which moreover he finds difficult, has a disastrous impact on his results. Kroupa Sr. has to marshal all his forces in order to prevent the pedantic sycophant Hujer (Václav Lohniský) from acquiring the boss’s job at a modern plant… However, the essence of the comedic plot filled with verbal gags and situational humour is not Kroupa’s study problems but the very situation of adults being forced to experience the stumbling blocks of everyday school life. The heterogeneous classmates are quickly transformed into a typical school class in which alongside the swot Hujer the infantile flirt Týfová (Iva Janžurová), naive striver Plha (Josef Kemr) and inseparable provocateurs Tuček and Šlajs (Smoljak and Svěrák) stand out. Clashes between the “dim-witted” overage students and the demands of secondary education are another source of comic situations. Dozens of humorous lines in Lipský’s most loved film caught on and have become part of the culture. An outstanding cast is dominated by Jiří Sovák and his (then 27-year-old) son Jiří Schmitzer as Kroupa senior and junior. However, the titular Mareček does not exist – the pupil lives only in the memory of the senile Professor Hrbolek.