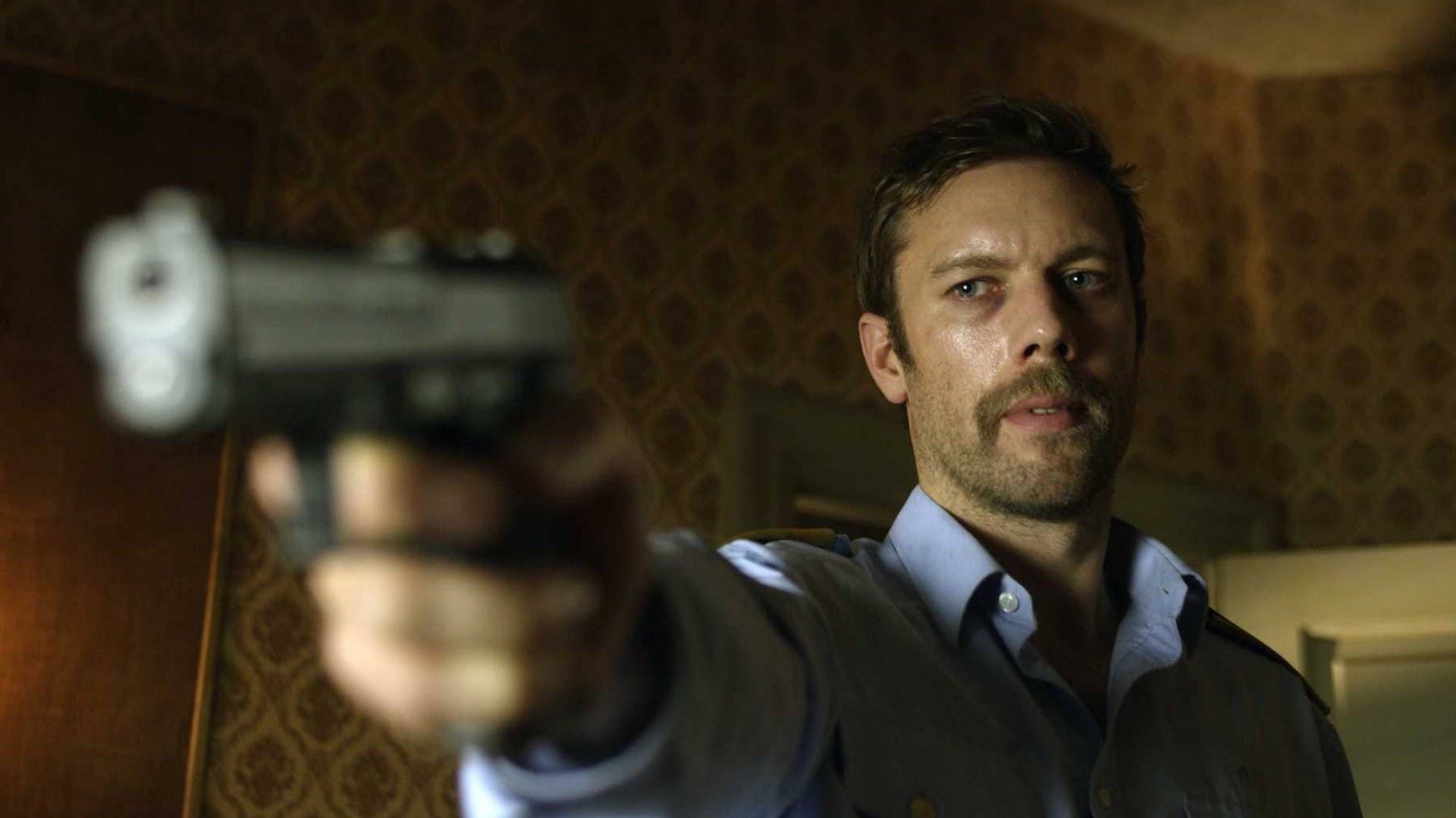 Copenhagen police officer is transferred to a provincial town and soon gets into a confrontation with its strange inhabitants. A grotesque drama that won 43. KVIFF.

A Copenhagen policeman called Robert moves to a provincial town, where he has been temporarily reassigned after a recent case of professional misconduct. Another lingering cloudy day comes to an end in South Jutland and the arrival of the young man from the big city is met by a look of curious satisfaction on the rigid faces of the local inhabitants. The constable, who does everything “by the book”, is soon confronted with the local customs and begins to sense that troubling secrets lurk behind the façade of what appears to be quite ordinary small-town life. Inspired by the novel by Erling Jepsen (who wrote the novel on which the successful film The Art of Crying is based), Genz’s grotesque drama, with its deviations into the crime, western and horror genres, is striking for its original stylisation and spellbinding evocation of the atmosphere pervading this disturbed community. “I wanted the film to be experienced as a nightmare in a surreal, parallel world, where things are fairly realistic, but everything is always shifting ever so slightly”, says the director of his film.