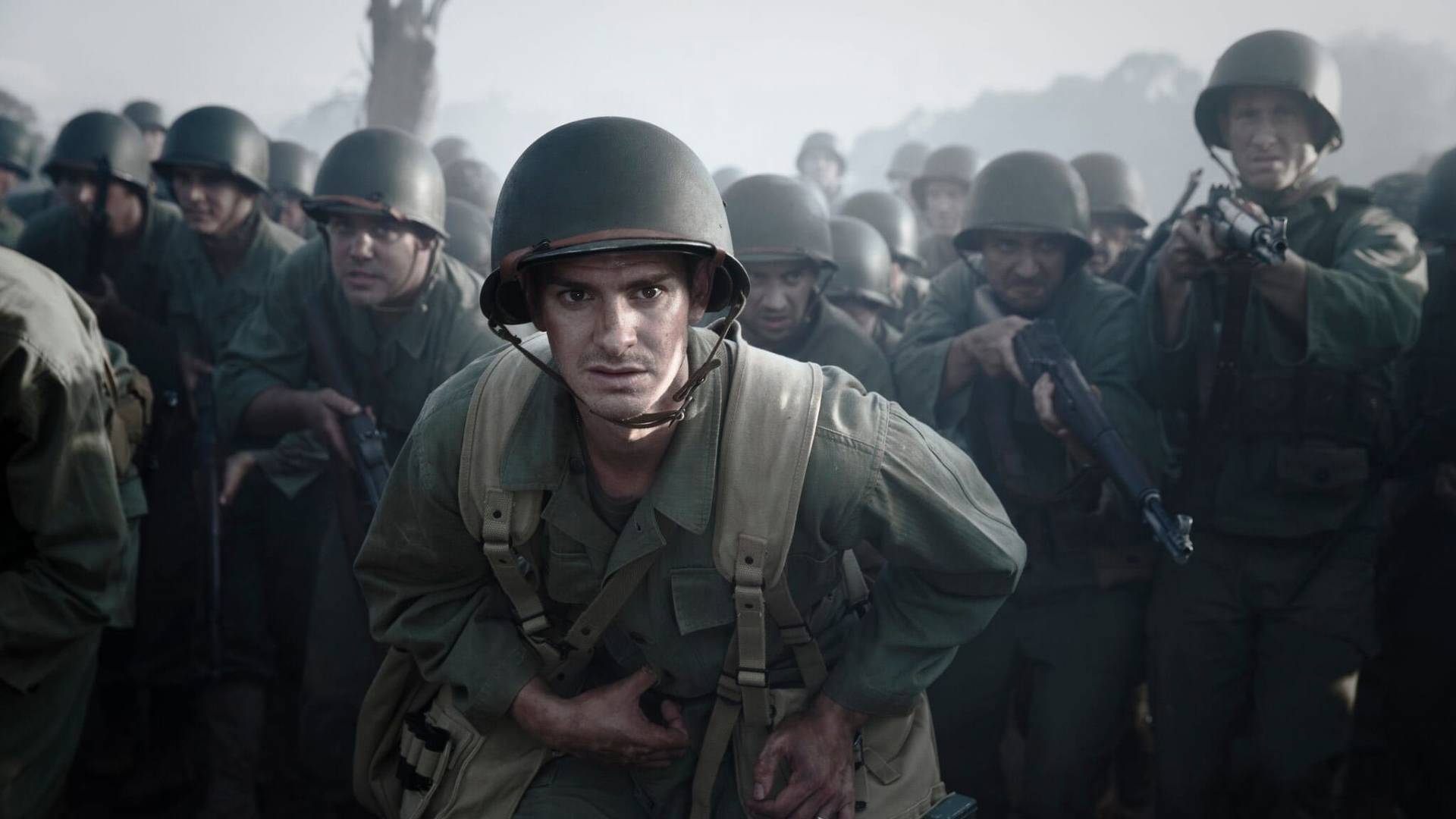 The true story of a pacifist army medic who saved many lives at the Battle of Okinawa without firing a single shot.

A biographical war film directed by Mel Gibson and based on the 2004 documentary The Conscientious Objector. The film focuses on the World War II experiences of Desmond Doss, an American pacifist combat medic who, as a Seventh-day Adventist Christian, refused to carry or use a weapon or firearm of any kind. Doss became the first conscientious objector to be awarded the Medal of Honor, for service above and beyond the call of duty during the Battle of Okinawa. The film uses film switches to real photos and footage.