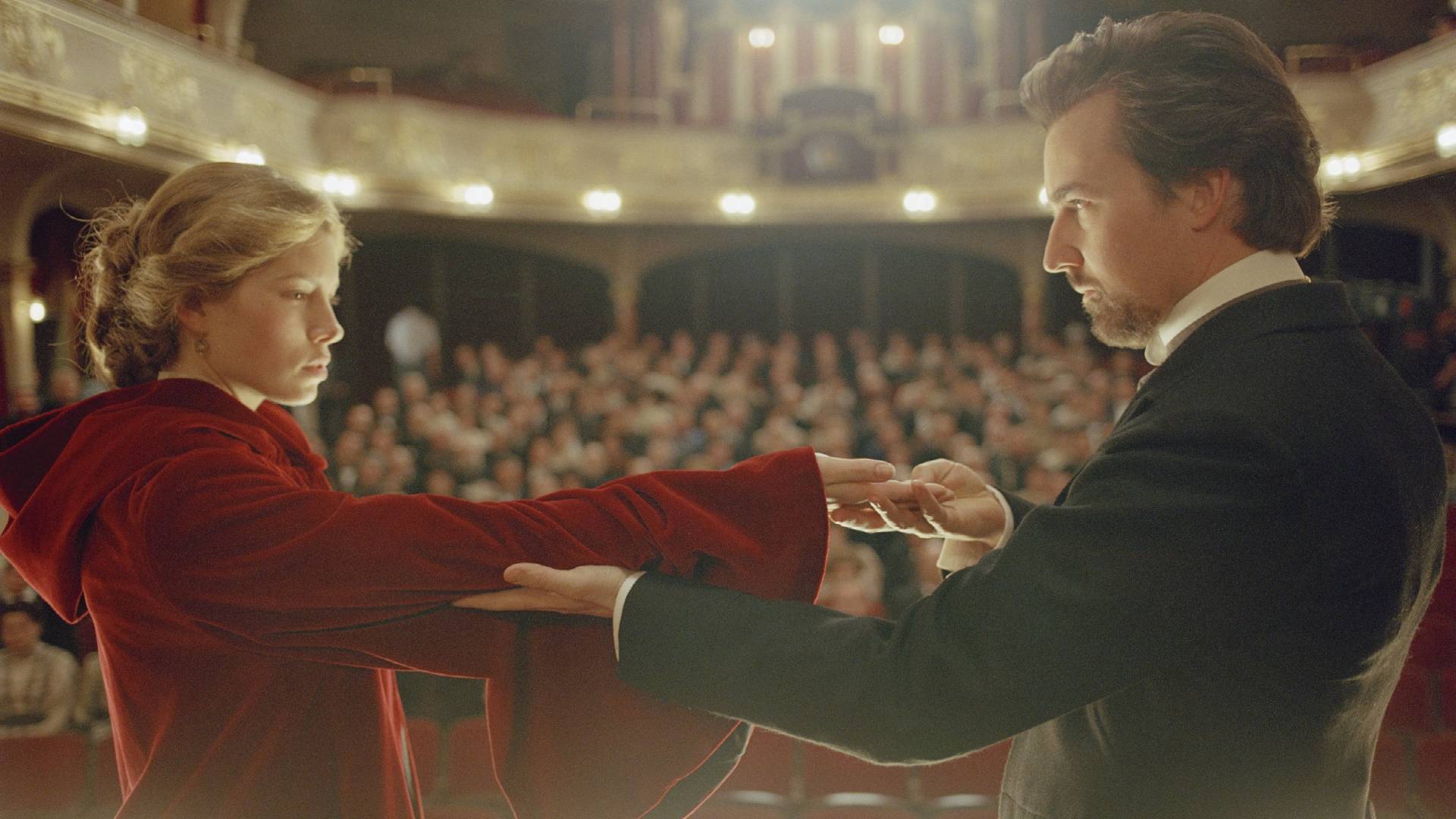 In turn-of-the-century Vienna, a magician uses his abilities to secure the love of a woman far above his social standing.

A supernaturally talented magician attempts to undermine the rigid social structure of turn-of-the-century Vienna by using his powers to win the love of his upper-class, childhood sweetheart. Though the ill-fated childhood romance between cabinetmaker’s son Eisenheim and upper-class Sophie van Teschen eventually resulted in the heartbroken young man leaving Austria to explore the world, his dreams of one day reuniting with the beautiful duchess never faded. Upon returning to Vienna 15 years later as a talented and renowned illusionist, Eisenheim’s hopes of a reunion seem dashed when he learns that Sophie is currently engaged to the Crown Prince Leopold. As the tensions between Eisenheim and Leopold elevate, urbane Chief Inspector Uhl finds his sympathy toward Eisenheim growing, despite his formal obligations to the powerful prince.