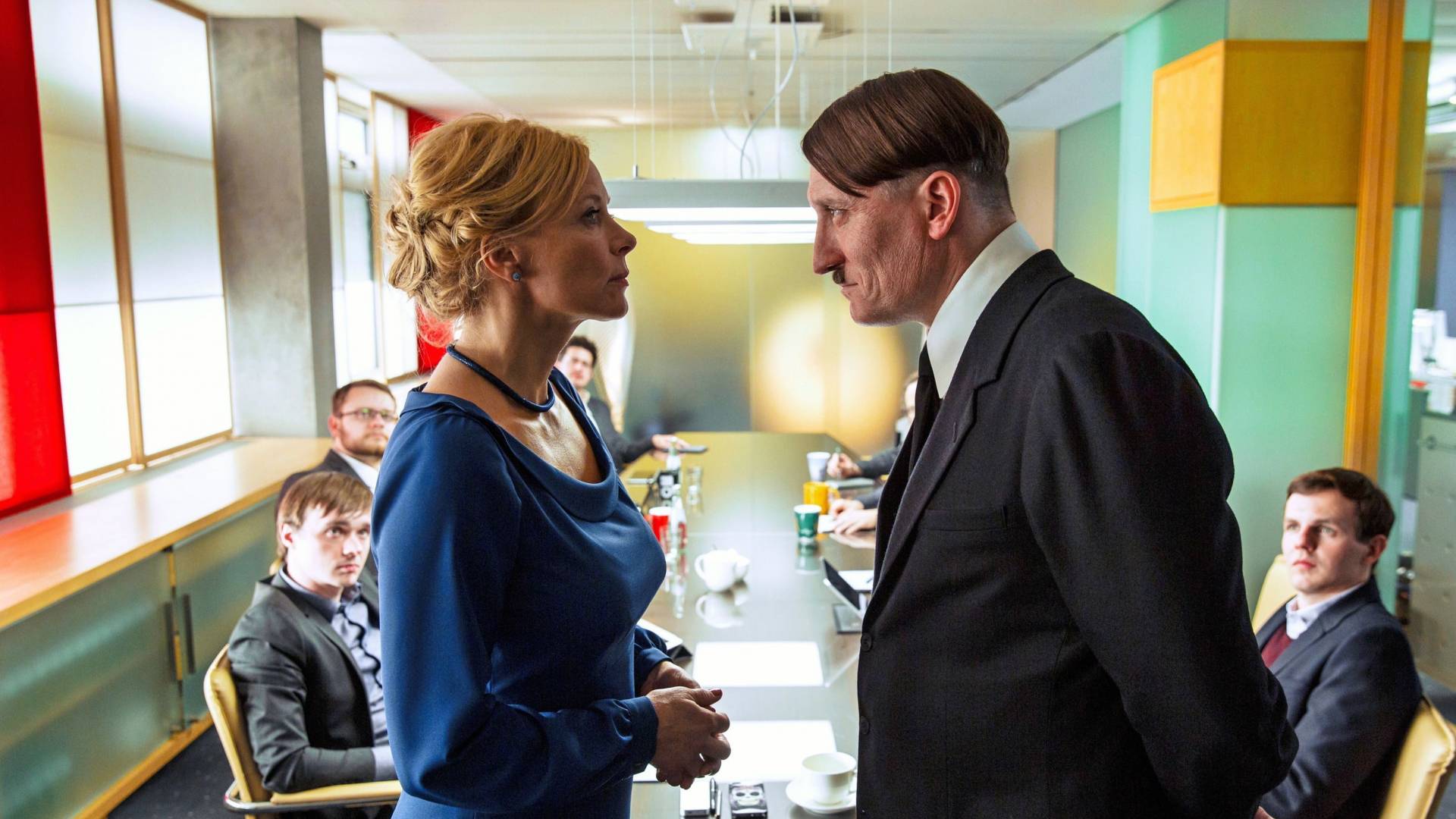 What if Hitler hadn't committed suicide in 1945, but just fell asleep? And what if he had woken up in 2011?

Adolf Hitler wakes up on a patch of wasteland in Berlin. Having failed to find his bunker, he takes up temporary residence in a newspaper kiosk. There he is discovered by some TV producers, who take him to be a Hitler impersonator of rare method-acting genius. Soon he becomes the star of their satirical programme. His rants against foreigners and the welfare state are both consumed as comedy and secretly admired by a German public fed up with modern politics.